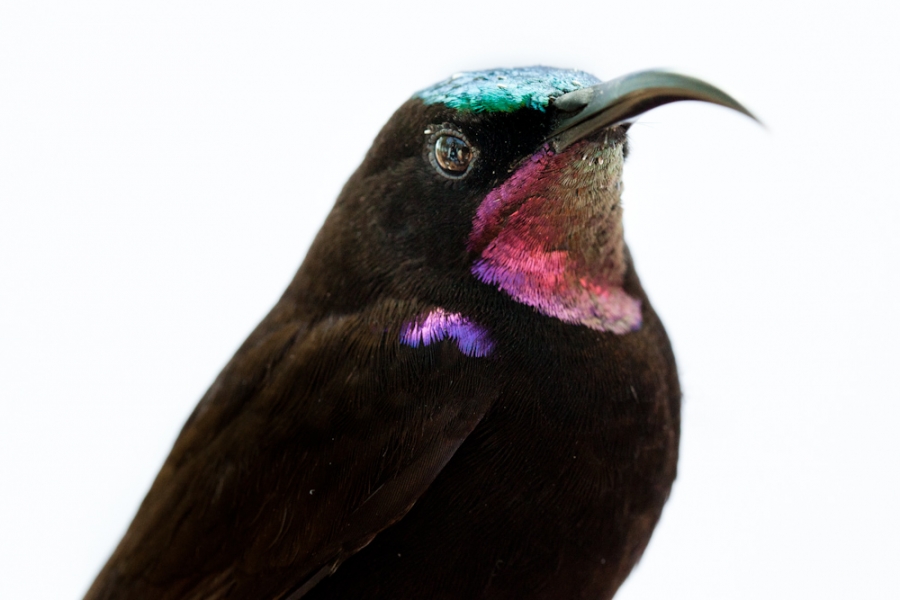 Download original image
« Back to galleryItem 16 of 46« Previous | Next »
Description:

May 29, 2012
Another sunbird this week: Amethyst Sunbird, Chalcomitra amethystina. Historically, most species of sunbirds were placed in the genus Nectarinia, which made it a really large genus. Based on detailed genetic and morphological work, we now know that all things Nectarinia are not each other’s closest relatives. Amethyst Sunbird has a very large geographic range in Africa.

This photo was taken during a Field Museum expedition to Gorongosa National Park in Mozambique, which will be the subject of a forthcoming film. Watch the trailer.