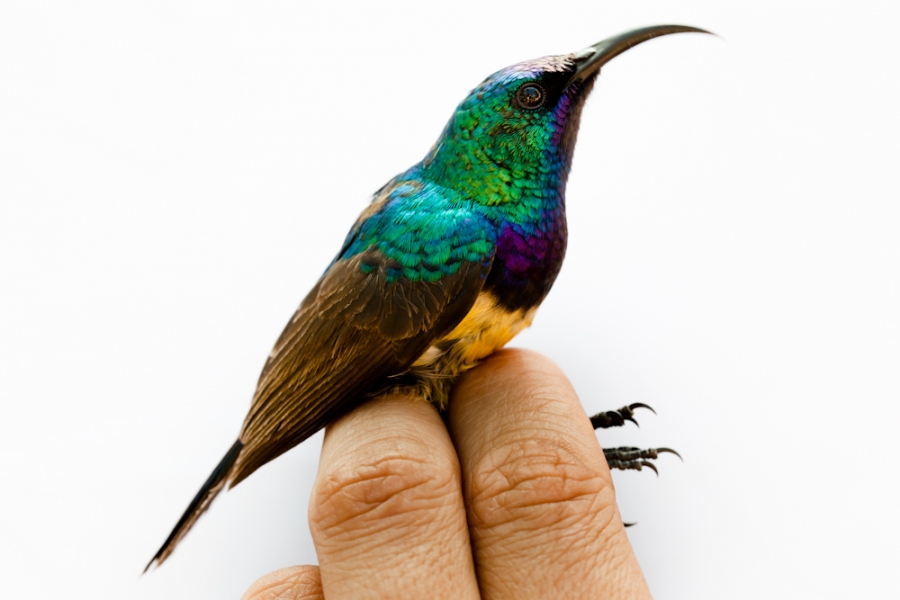 Download original image
« Back to galleryItem 17 of 46« Previous | Next »
Description:

May 22, 2012
Sunbirds are Old World equivalents of our New World hummingbirds. They have long curved bills and long tongues to probe into flowers and feed on nectar, but they also consume small insects and other arthropods. They may not be as spectacular in the air as hummingbirds, but they share their bright colors and iridescence. This beautiful Variable Sunbird (Cinnyris venustus) is among the commonest birds in its range.

This photo was taken during a Field Museum expedition to Gorongosa National Park in Mozambique, which will be the subject of a forthcoming film. Watch the trailer.