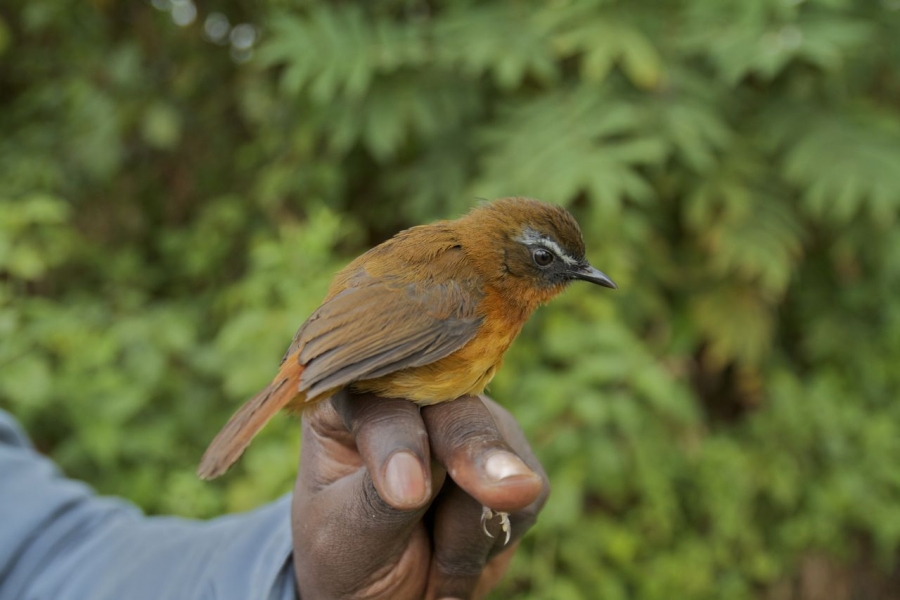 Download original image
« Back to galleryItem 5 of 46« Previous | Next »
Description:

Field Museum’s Bird Division has been studying birds in east Africa's Albertine Rift highlands for over twenty years. This spring they visited the Democratic Republic of the Congo to fill in gaps in their sampling for studies of genetic variation in the birds there. One of the main findings from this work is discovering that many of the birds from Mount Kabogo, one of the southernmost areas of highland forest, are highly genetically distinct from the same species elsewhere in the Rift, lending a sense of urgency towards the protection of the remaining forests there. Among the birds that are genetically distinct in Mount Kabogo are Archer's Robin-Chat (Cossypha archeri) and Blue-headed Sunbird—which we will feature next Tuesday.
See more of The Field Museum's Bird collection online.