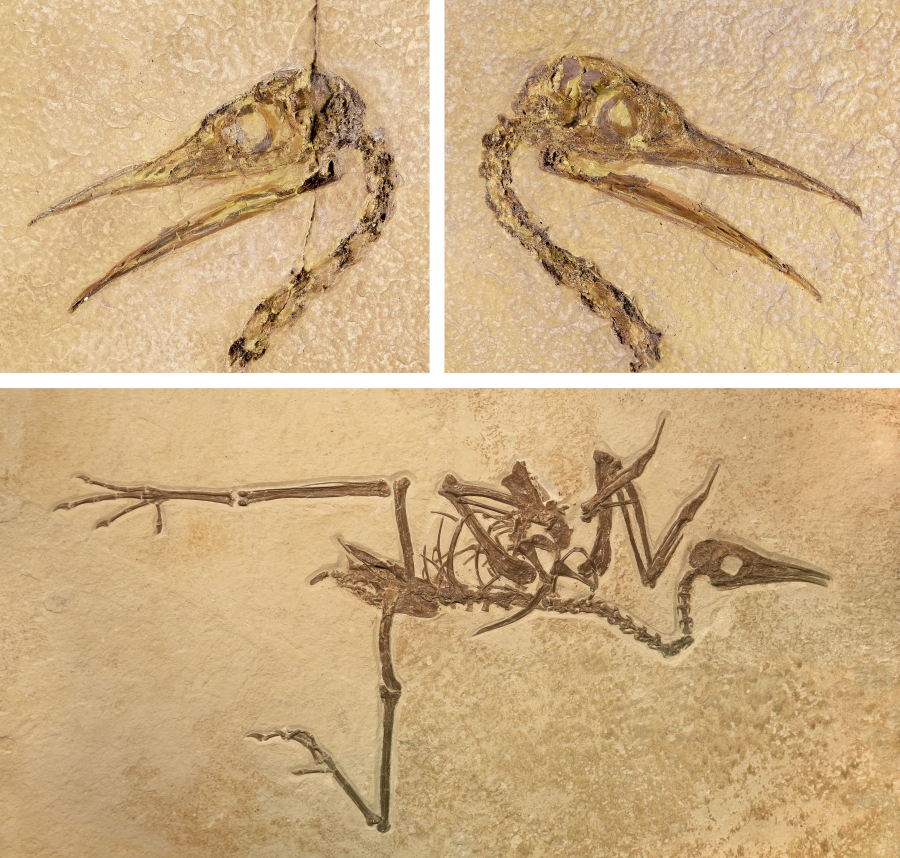 Tinamous are wading birds that prowl the shoreline, probing shallow waters for insects and other invertebrates. This extinct distant cousin (Pseudocrypturus cercanaxius) has the characteristic long legs and narrow beak of tinamous, but unlike the modern species, it was probably more capable of sustained flight and perching on branches.

Tinamous belong to a classification of birds known as Palaeognathae ("old-jaws"), which get their name because of their somewhat primitive, reptilian palate. Other modern examples in this category include large, flightless birds, such as ostriches, kiwis, rheas, cassowaries, and emus. None of these birds occur in North America today, so this Fossil Butte Member specimen paints a picture of a world long gone.